Geneva, September 6, 2021 – The Foundation of the GPHG (Grand Prix d’Horlogerie de Genève) is delighted and honoured to announce the appointment of Nick Foulkes as President of the Jury for the 2021 edition, thereby accentuating the international reach of the GPHG.

Historian, writer and journalist, Nicholas Foulkes is an internationally recognized authority on culture, watchmaking and art. He has authored numerous books, including such must-read titles as Patek Philippe: the Authorized Biography and Time Tamed. He launched and continues to edit Vanity Fair On Time and is a contributing editor to the Financial Times How to Spend It magazine. 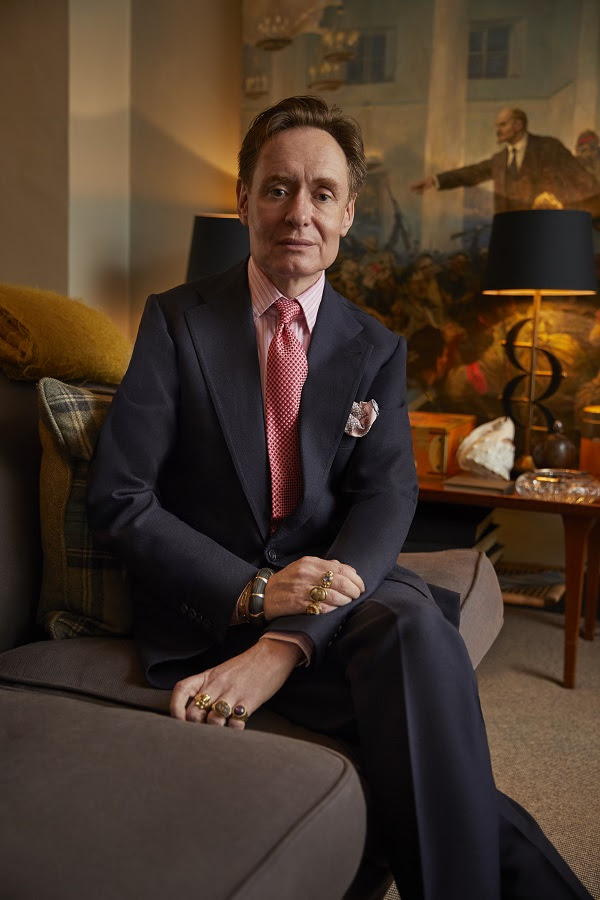 “It is an incredible honour to be invited to lead this year’s GPHG Jury and continue the remarkable work of Aurel Bacs, my predecessor in this role. Having served as a member of the Jury for some years, the GPHG is an annual event to which I look forward. It is both a privilege and pleasure to work alongside leading figures drawn from the many different sectors of watchmaking community. At what might – with understatement – be called an interesting time for the watch industry, the role of the GPHG in highlighting and rewarding horological excellence is more relevant than ever.” – Nick Foulkes

“After the creation in 2020 of an Academy that already has more than 500 members from all over the world and with the appointment of Nick Foulkes as President of our Jury, the GPHG is definitely confirming the universal dimension of the institution. We are proud to be able to count on an extremely competent personality enjoying undisputed independence and authority in the watch world.” – Raymond Loretan, President of the GPHG Foundation

The GPHG Jury, which is drawn from the Academy, will officiate during the second round of voting.
It will meet behind closed doors a few days before the awards ceremony to physically evaluate the 84 nominated watches and to proceed with the ballot in the presence of a notary. The nominated watches will also be submitted to the vote of the entire Academy, which is currently composed of more than 500 members, serving around the world as ambassadors of the passion for watchmaking. The result of their digital vote will be added to the final tally that will determine the prize list (see 2021 rules, available on www.gphg.org).

The full composition of the 2021 Jury, comprising 30 experts under the leadership of Nick Foulkes will be officially revealed end of September.
The 2021 awards ceremony will take place on November 4 in Geneva.

About Nick Foulkes
Nicholas Foulkes is the author of around 30 books on art history and material culture. He is best known for his critically acclaimed trilogy of 19th century histories: Scandalous Society: Passion and Celebrity in the Nineteenth Century; Dancing Into Battle: A Social History of the Battle of Waterloo; and Gentlemen and Blackguards: Gambling Mania and the plot to steal the Derby of 1844.
His most recent books include Bernard Buffet: The Invention of the Modern Mega-Artist; Time Tamed; Ira: the Life and Times of a Princess; and Reverso.
His books have been published by Random House; Little, Brown & Company; Weidenfeld & Nicolson; Flammarion; Assouline; and Thomas Dunne Books.
He contributes to a wide range of newspapers and magazines around the world. He is a contributing editor to the FT’s How To Spend It magazine, a contributing editor to Vanity Fair, a columnist for Country Life and luxury editor of British GQ. He launched and continues to edit Vanity Fair‘s twice yearly watch magazine On Time. In 2007 he was named “Havana Man of the Year” by the Cuban government.
He is a graduate of Hertford College Oxford and lives in London. He is married and has two sons.

About the GPHG
Created in 2001 and overseen since 2011 by a Foundation recognised as a public interest organisation, the Grand Prix d’Horlogerie de Genève (GPHG) is intended to highlight and annually reward the excellence of the watchmaking art in order to promote its worldwide influence.

Reading Time: 3 minutes In 2021 Swiss watchmaker Certina dedicates a new, custom-tailored special model to its partnership with the Sea Turtle Conservancy (STC). This year’s DS Action Diver Sea Turtle Conservancy steps into the limelight as a stylish diver’s watch with anti-magnetic NivachronTM balance spring and STC logo on the case back. Both […]

Reading Time: 3 minutes Known as the ultimate prize at the Olympic Games, a gold medal represents the greatest accomplishment of an athlete’s career. In tribute to that iconic sporting honour, the Swiss watchmaker OMEGA has crafted two unique timepieces, each dedicated to the Olympic Games Tokyo 2020, and made in full 18K yellow […]

Reading Time: 4 minutes With the creation of the emblematic Fifty Fathoms diver’s watch in the early 1950s, Blancpain played a leading role in the discovery of the splendours of the underwater world. Since then, the House has been actively committed to the exploration and protection of the oceans. The most recent initiative supported […]

This site uses Akismet to reduce spam. Learn how your comment data is processed.

Watch I Love Is a fan of Time Aeon Foundation

Watch I Love Is Official Partner Of